15 April Alla Pugacheva celebrates anniversary. The prima donna of the national stage decided to meet the 70 anniversary at the same time modestly and in a big way: practically refused to be interviewed, but would meet loyal fans in the State Kremlin Palace.

Exactly ten years ago, the artist, whose style and career set the standard for millions of Soviet and then Russian women, announced the termination of her concert activity. Despite the absence of "soloists" and tours, Pugacheva continued to appear in group concerts and on the pages of the press. The reasons for the latter are not only new songs, but also the events of the singer's personal life: marriage with Maxim Galkin and the birth of twins Elizabeth and Harry, writes TASS.

On the subject: "You came so uninvited": novels and husbands of Alla Pugacheva. PHOTO, VIDEO

Despite the truly agiotage interest of journalists and the public, on the eve of the next anniversary, Pugacheva chose to go into the shadows. The only interview the prima donna gave to her husband and the program "Tonight" on Channel One.

“Knowing Alla for more than one year and being in a close relationship, I, as one of the few, can say what an amazing modest person she is. She generally does not really like all this hype around herself, which has been going on for more than forty years, ”stressed the former husband of the singer, People's Artist of Russia Philip Kirkorov in an interview with TASS.

On the subject: Alla Pugacheva gave the first frank interview in 10 years. VIDEO

One of the last "People's Artists of the USSR"

When Pugacheva, one of the last, became the People's Artist of the USSR (the title was awarded to her in 1991), then after the ceremony of presenting the certificates of honor she confessed to TASS that she “had a chance to live through a historic moment”.

“Before, I usually“ plunged ”into history, but now I entered it with my head held high. The Soviet Union collapsed, but the people's love for their "people's" artists remains. And I feel it too. There can be nothing higher than such recognition, ”the singer said then.

And on April 15, 1999, on the day of her 50th birthday, Pugacheva was invited to the Kremlin by President Boris Yeltsin, who awarded her the Order of Merit to the Fatherland, II degree. Having embraced and kissed the guest three times, the president admitted that it is a great honor for him to receive in the Kremlin a legendary man whom all of Russia loves.

“I give you my love, as you convey love for Russia in the song,” Yeltsin said and noted with a smile that “he lives in the era of Pugacheva.”

She, for her part, admitted that “in this life she was wrong a lot”.

“But there is no mistake in the order. This is a reward to my teachers, my parents, my fans who came to my concerts during hard times and on holidays. If I had my own order, I would have awarded it to my Fatherland, ”Alla Borisovna said and added that her songs were and remain such an order.

Jubilee in the Kremlin

Many thousands of spectators, who in 2009 accommodated the Luzhniki Sports Palace on the 60th anniversary of the prima donna, remember how she said: “You know, 60 years for me is just a number. My soul sings like it did at eighteen, I love it like it did at thirty, and I want to live like it’s forty-five ”.

“I will remember this farewell to retirement for a long time,” Pugacheva said then. - I was in the Kremlin, I thought they would give me a personal pension. Why is there a pension. I have my own country - Songs. I have a collection of orders of all degrees, but the main reward is your love. "

But, speaking of retirement, the singer was clearly cunning, and on April 17 she is waiting for fans in the State Kremlin Palace on the show “Alla Pugacheva”.

“I cannot imagine our music stage without her and her amazing love songs. She has always been the main “messenger” of this topic, and this was the main thing in her life, ”Kirkorov noted. “She should serve as an example to all young people who embark on an artistic path: how, being on the highest pedestal of popularity, remain a man and a modest person,” he said.

“This is an unusually deep person and an unusually strong woman who draws her capabilities and strength in herself,” said a friend and colleague, People's Artist of Russia Valery Leontyev, about the hero of the day. “And thanks to her for the fact that all these decades she has remained a guiding star and a real beacon in the night, not only for those who want to go on stage, but also for those who just want to live.”

On the subject: Diva for 300 thousand: fabulously expensive tickets for the concert Pugacheva shocked Network

An event that can not be overestimated

People's Artist of Russia Alexander Rosenbaum called Pugacheva an event, "the significance of which is simply unrealistic to overestimate."

“There are such events in life, the significance of which is simply unrealistic to overestimate. Alla Borisovna Pugacheva became such an event in the musical, song, cultural life of the entire large Soviet Union. This phenomenon, event, our big, big song life, which Alla, in a sense of the word, turned to the best side in her time and continues to do this today, ”he announced, congratulating her in the concert-tribute“ Gift for Alla ”on the eve of the anniversary.

“Alla has everything today: she is a happy mother, she is a happy wife, because she bathes in the love of her loved ones. Today, the main thing that I want to wish her from the heart is health. Because how much effort she gave to the audience, her loved ones - to all of us, giving herself without a trace to music, stage, is worthy of admiration and respect, ”Kirkorov told TASS.

For more than half a century on stage, Alla Pugacheva has accumulated about 500 songs in her repertoire. And since from year to year the actress traveled around the world, hits were accumulated not only in Russian, but also in English, German, French, Finnish, Ukrainian and other languages. Her discography has more than 20 studio albums today.

The artist's talent is admired all over the world, in addition to Russia and the countries of the former USSR, Pugacheva's albums were published in Japan, Korea, Sweden, Finland, Germany, Poland, Bulgaria and others. Their total circulation is 250 million copies, writes Columnist.

Going out without underwear, losing weight and "explosive" looks

In addition to songs, talent and personal life, one of the most discussed topics has always been the appearance of a prima donna. Over the years, she has changed dramatically, however, as often noted by fans of the actress, remained timeless. Around Pugacheva, there was increasing talk of plastic surgeries and other ways of maintaining youth.

The reporters' cameras are looking for new signs of the singer's "rejuvenation", but all such conversations remain speculation. Pugacheva rarely looks 70, and this fact is confirmed by the tabloids almost every week.

So, for example, one of the most popular in the network was a snapshot in the profile of the current husband of the prima donna Maxim Galkin. On it, Pugachev was sealed in a light, light-colored suit and, as the fans of a star couple viewed, without underwear.

Since 2013, Pugacheva, being the official wife of Galkin, has been raising two children - twins Harry and Lisa, who were born as a surrogate mother. The prima donna often becomes the star of home Instagram videos, in which she gives fans new reasons to admire her.

On the subject: Galkin and Pugacheva: a story of dating and love

As a gift to fans the other day, the State Television and Radio Fund published a video by Alla Pugacheva for the song "Iceberg", which was banned from showing in 1984, writes Znaj.ua. In it, Pugacheva appears before the audience in an expensive fur coat, and someone whose face the viewer does not see for a long time pulls her on a sled. Many times during the video, we see her lying on them, and at the end of the video, when the driver gets tired, and the Prima Donna falls off the sled, the face of the one who pulled her is shown - this is Pugacheva herself.

The video was banned after the premiere on the Leningrad television for the reason that the authorities did not really like the singer's poses and they found them too vulgar.

It is worth noting that he was soon resolved.

For a long time, the clip could be found on the Internet in very poor quality, however, on the eve of Pugacheva’s jubilee (April 15 Diva will be 70 years old) The State Television and Radio Committee decided to upload a better video to the network.

Russian stars for 60, who are not afraid of fashionable experiments Everything is getting younger: Pugacheva celebrated Christmas in daring mini-shorts. A PHOTO Maxim Galkin showed how Alla Pugacheva had fun at the anniversary of Mikhail Zhvanetsky. VIDEO Visited the other world: the stars who suffered clinical death and miraculously survived 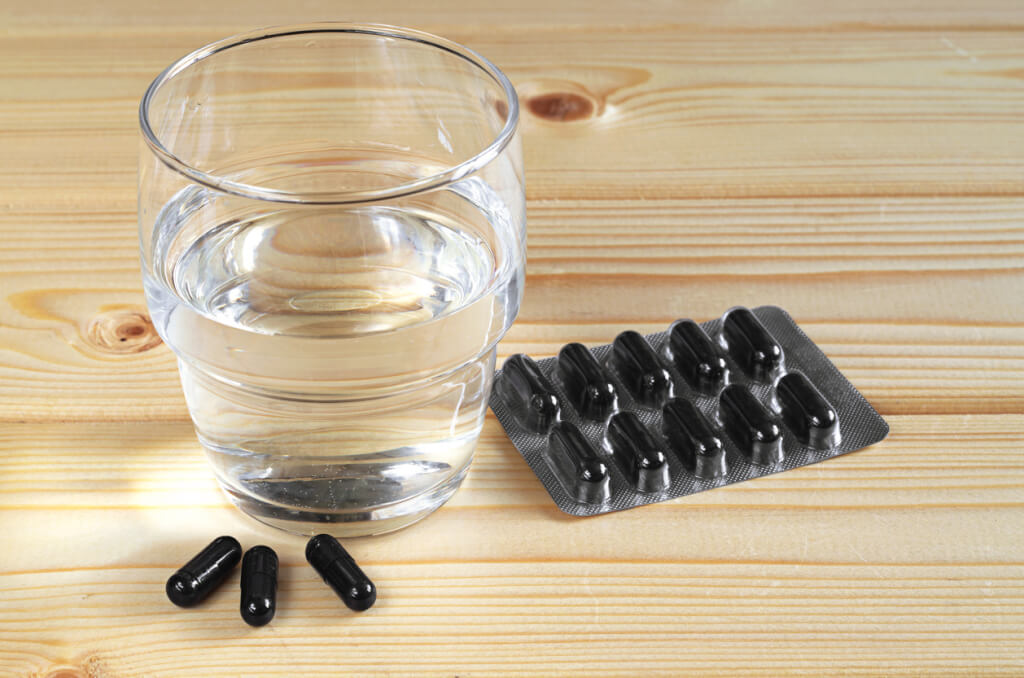 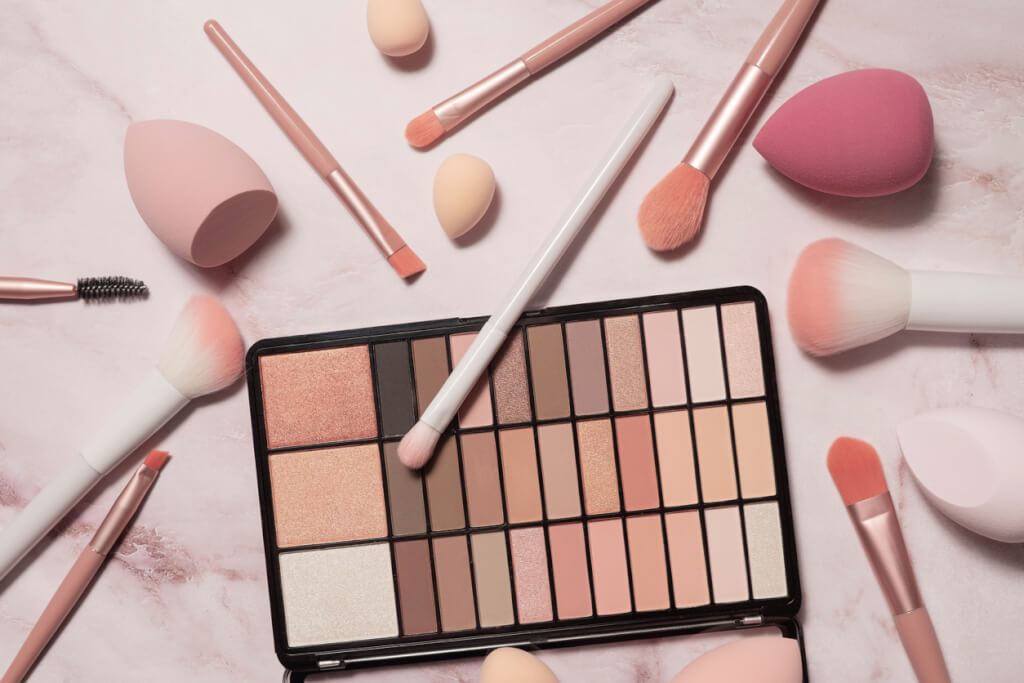 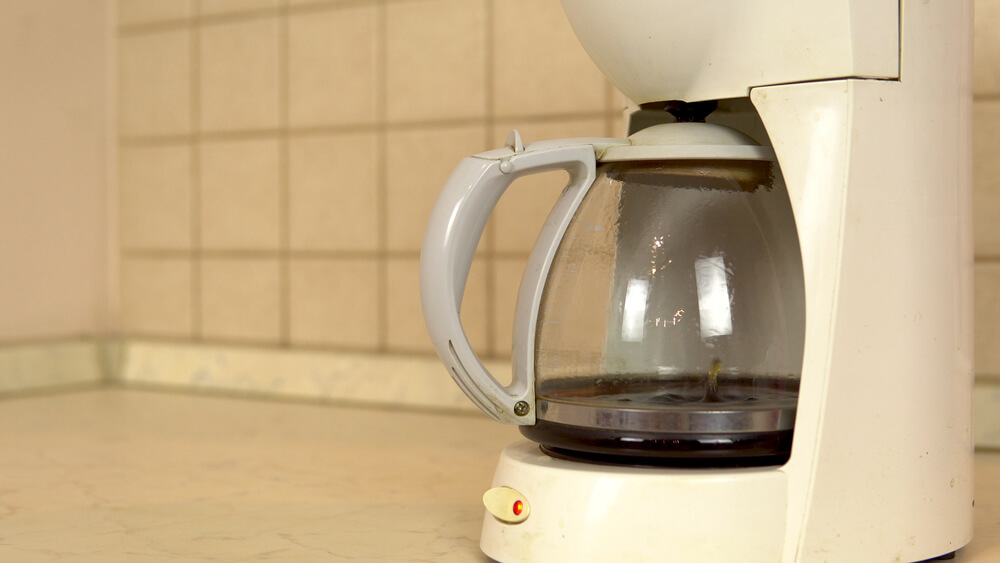 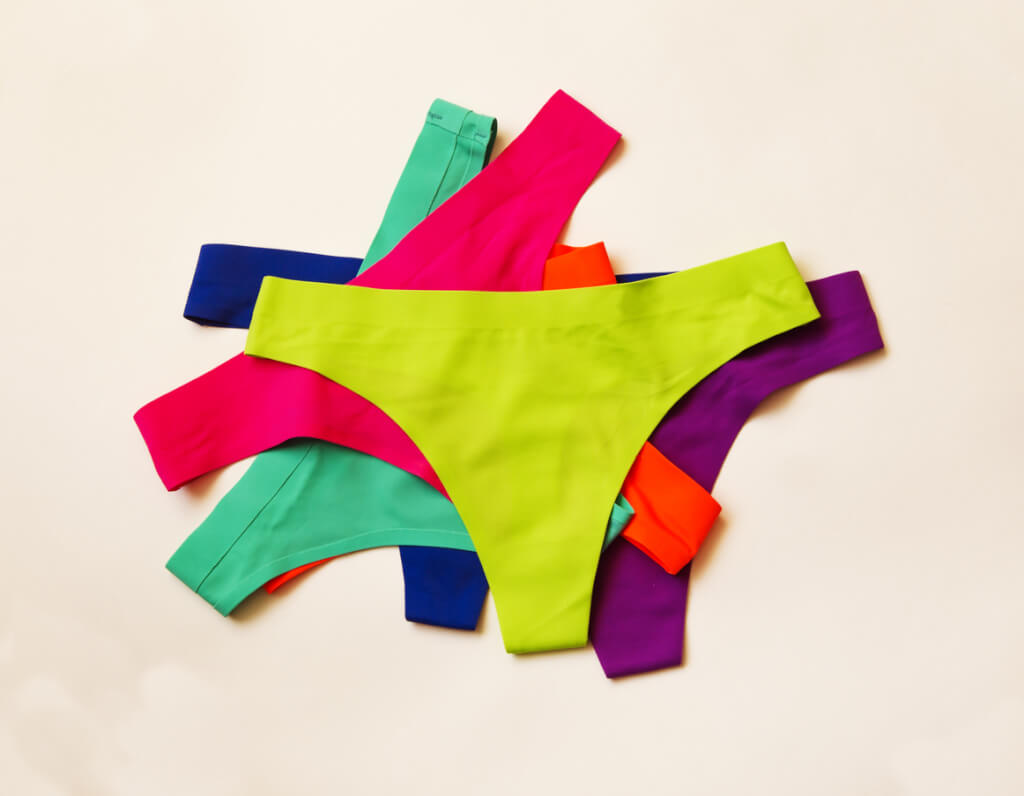 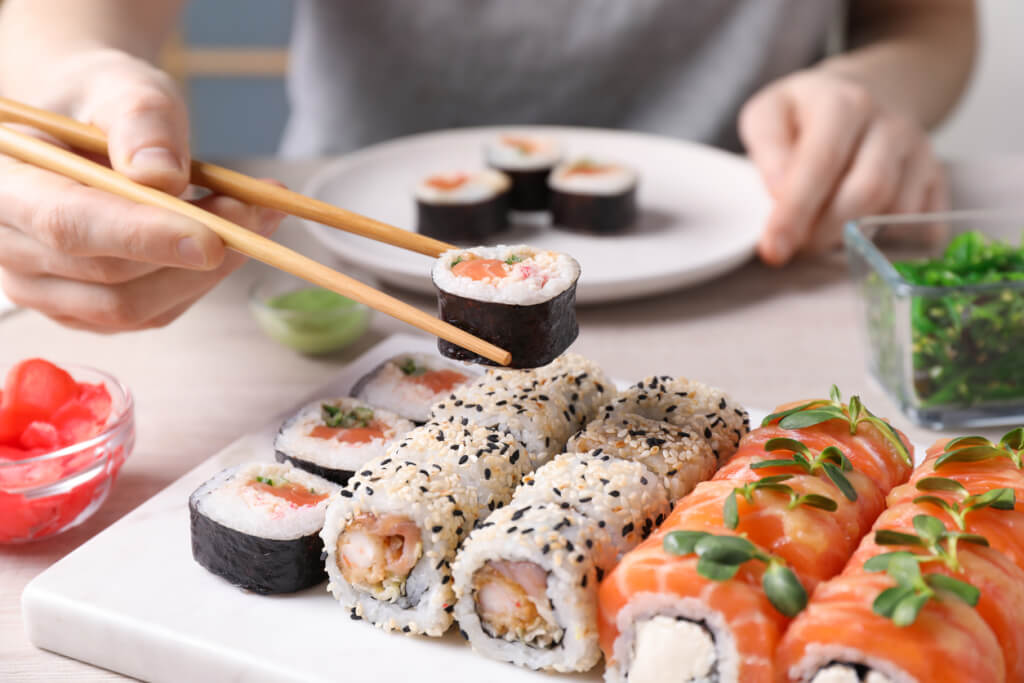 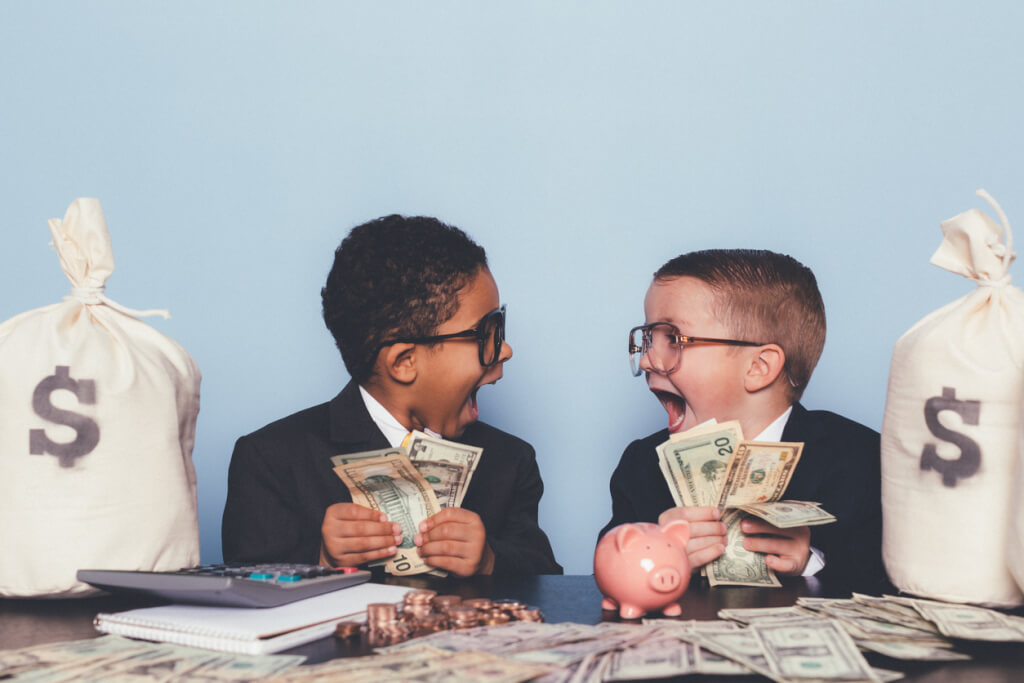 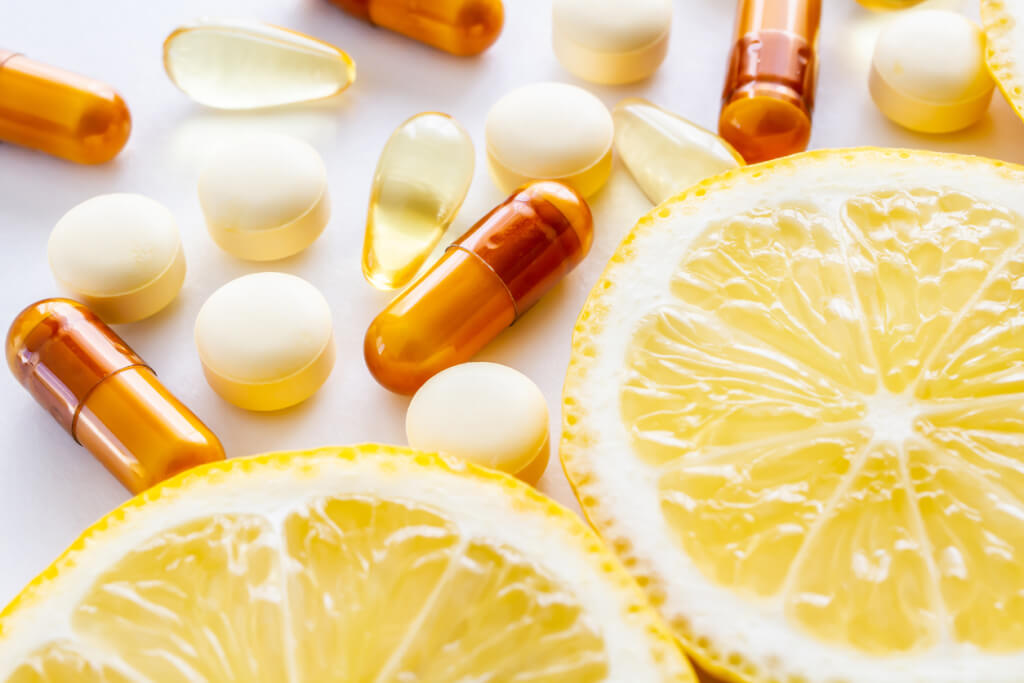 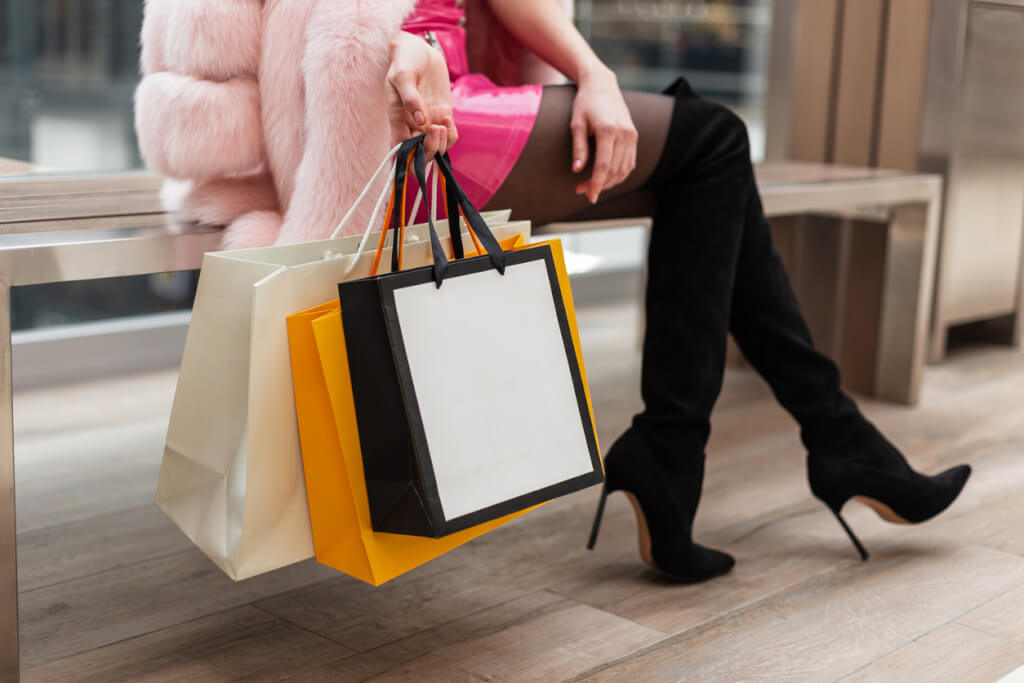 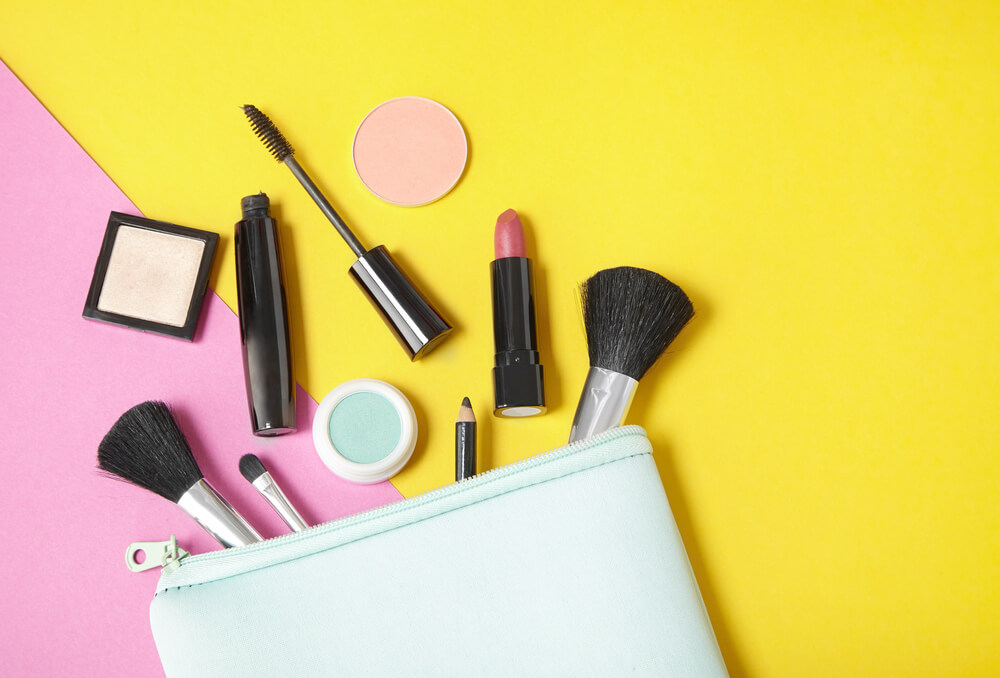 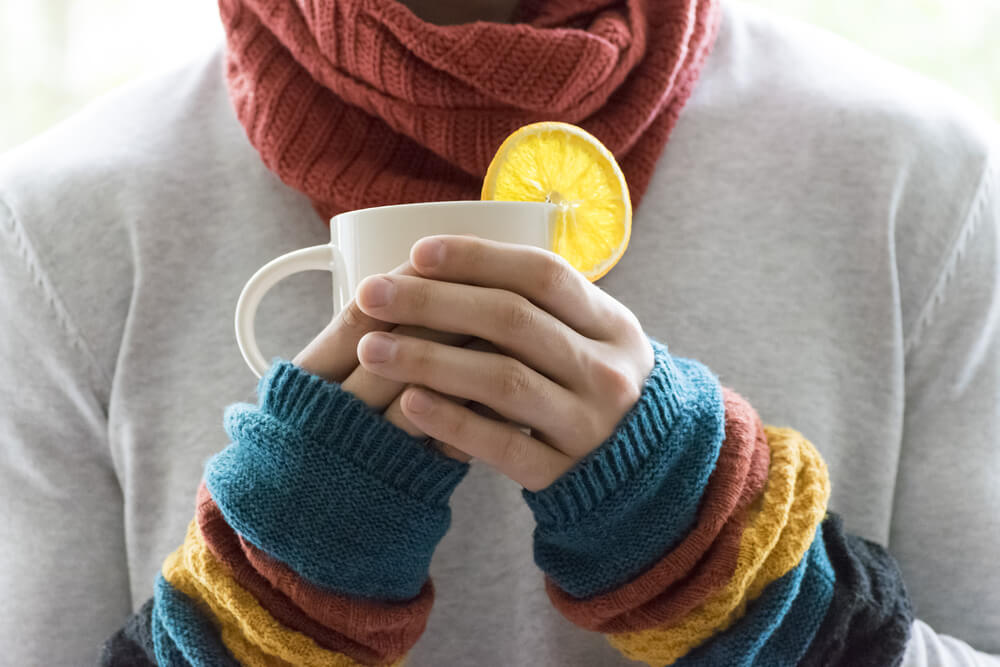 Healthy grains that can be bought in America instead of buckwheat What mistakes in English do Russians most often make in the USA?
Author's columns